Which Industries Are Benefiting From Ocean Upwelling? 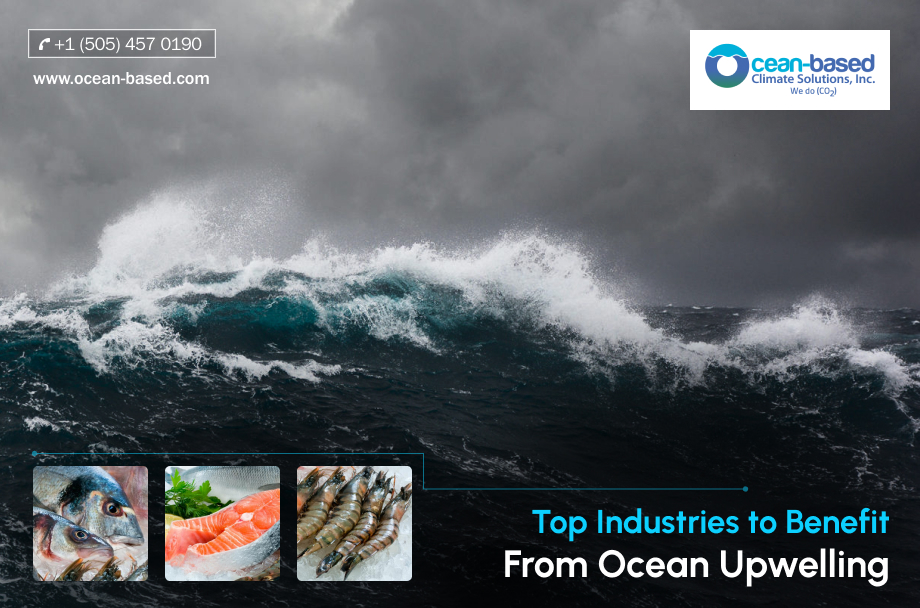 Documentaries and movies that depict ocean life usually show swarms of fish traveling together in close-knit groups. Often, these fish feed on the food available in the ocean itself. What is imperceptible is the movement of the water from the ocean floor. This movement of the water happens to bring up the rich nutrients closer to the ocean water surface and, in turn, provides food for the schools of fish. This particular movement of water is called Ocean Upwelling, which becomes a crucial part of the ocean food web. (The carbon removal technology is built on this concept.)

Now, if you want to know what Ocean Upwelling means, let us define it. In layman’s terms, ocean upwelling is basically the movement of the waters from the deeper and colder levels of the ocean towards its surface. This is an after-effect of the Earth’s rotation and the movements of the winds. You may read about the same in our other blogs on Ocean Upwelling.

When the ocean upwelling is in progress (which is almost throughout the day), the ocean water moves upwards, and the trapped nutrients in the lower depths of the ocean are carried along with the process of upwelling. Ocean upwelling thus, brings these nutrients closer to the marine ecosystems, supporting the ‘ocean food web’. There are, in total, five major zones on our planet where Ocean Upwelling mostly occurs.

Upwelling is usually associated with continental borders and where cold water currents are prevalent. Also, upwelling might occur in the open ocean areas where winds and storms might prevail. So, to cut a long story short, we can say that upwelling is created as a combined effect of the wind movements, the Coriolis effect, and the deep ocean currents. But which are the industries that heavily benefit from the ocean upwelling? The answer is quite evident by now. It is the ‘fishery industry’. The coastal areas have become fertile grounds for fisheries since the fish happen to breed there in numbers. Now, let us take a look at this industry.

As a result of Ocean Upwelling, the deep waters bring to the surface rich nutrients which support the growth of plankton and seaweed that form the major food for fish, birds, and marine mammals. This is why the coastal areas form some of the world’s most fertile ecosystems. Consequently, these are the areas where fishery industries are now booming.

What Are the Benefits That the Fishery Industry Experiences?

The following are the most noted benefits that the fishery industry enjoys!

a. Availability of huge amounts of marine food

When the ocean upwelling is in progress, besides churning up rich nutrients from the colder and deeper layers of the ocean, it also brings to the surface of the waters a lot of trapped carbon dioxide that is released but stays in the waters. Presently, many carbon removal companies are also doing the same with their carbon sequestration technology by using artificial upwelling pumps. The phytoplankton present in the ocean benefit from the rich nutrients, the released carbon dioxide, and the sunlight received to produce their own food through photosynthesis.

b. Large shoals of fish

As an after effect of the last point discussed, large shoals of fish are often seen close to the water surface. This makes the work of the workmen of the fishery industry easier as they can haul up tons of fish in one go. Therefore, they do not have to labor to travel to the depths of the oceans to catch fish. Since the phytoplankton are available closer to the surface of the water, the fish automatically travel near the surface to feed on these phytoplankton, and that is when they are caught by the workman.

At Ocean-Based Climate Solutions Inc., we are trying our best to reverse climate change for the better with the use of carbon sequestration technology. This will benefit our planet and bring about a noticeable change in its temperatures. Our technology can successfully deal with the soaring temperatures that are the side effects of human activities, uncontrolled carbon dioxide releases, etc. The phytoplankton, through the process of photosynthesis, release huge amounts of fresh oxygen that is instrumental in reversing climate change. With the help of our carbon sequestration technology and an artificial upwelling pump, we are trying our best to increase phytoplankton bloom and also support industries like the fishery industry.