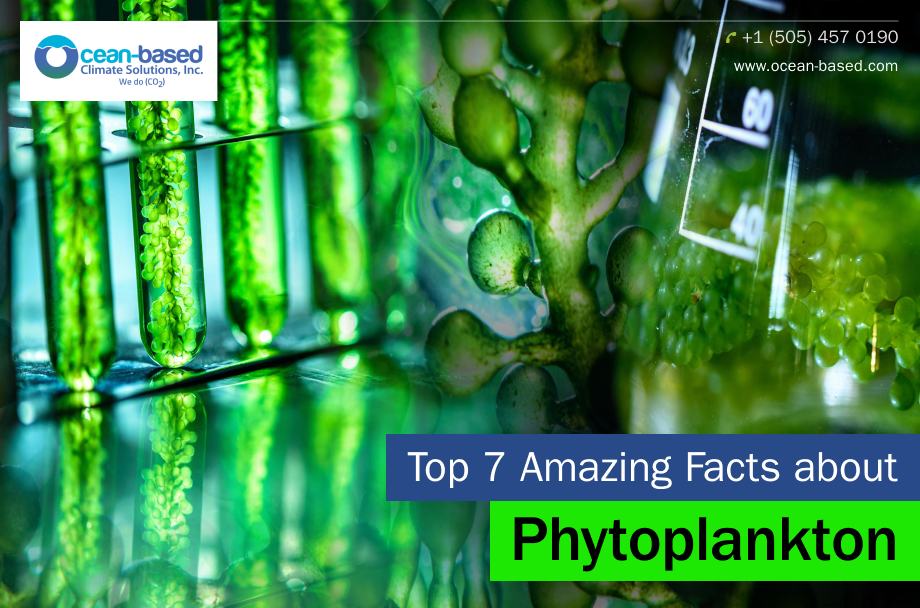 Phytoplankton are microscopic plant-like organisms that live in the ocean. Even though they are tiny in size and are not visible to the naked eye, they play a significant role in maintaining the marine ecological balance on this planet. These aquatic plants inhabit the top surface of the ocean. They are found mainly in the photic zone up to 100 meters deep and grow abundantly depending on the availability of sunlight.

These tiny plants produce oxygen through photosynthesis and provide food to other organisms like zooplankton and aquatic animals. While these are some well-known facts about phytoplankton, there is more to learn about these marine plants. So let us take a look at some of the unknown and amazing facts about Phytoplankton here in this article.

What are some of the fantastic facts about phytoplankton?

1. Phytoplankton are a type of algae.

Some phytoplankton are a type of microalgae similar to terrestrial plants as they have chlorophyll and require sunlight to survive and grow. Moreover, they are free-floating like algae and are called ‘drifters’ who cannot move independently.

2. Some phytoplankton are bioluminescent.

There is a type of phytoplankton called ‘dinoflagellates,’ which are bioluminescent and can glow in the dark. It’s a self-defense mechanism that helps these phytoplankton ward off predators and protects themselves from being eaten.

3. Phytoplankton produce half of the world’s oxygen.

These microscopic organisms that reside in both fresh and saltwater play a crucial role in the planet’s ecosystem by producing half of the world’s oxygen during the day and the night. One type of phytoplankton, Prochlorococcus, is known to release tons of oxygen into the atmosphere.

Phytoplankton not only contribute by producing tons of oxygen into the atmosphere, but they also help maintain the level of carbon dioxide on our planet. Acting as a carbon sink, these microorganisms trap a lot of CO2. Therefore, when they die, they sink to the ocean floor and have a lot of CO2 trapped inside them. Thus, they can be leveraged as a carbon sink to help corporations achieve net-zero. Today, a top carbon sequestration company uses advanced technologies to sink the CO2 with phytoplankton and use it to store it in the deep ocean.

5. Phytoplankton are responsible for cloud formation.

Phytoplankton are responsible for the formation of clouds. Clouds form when tiny water droplets condense from water vapor into microscopic particles that float in our Earth’s atmosphere. These particles are referred to as cloud condensation nuclei. Here, the phytoplankton play a vital role by providing the clouds with these nuclei. Researchers have found that these microscopic particles are produced when the chemical ‘isoprene’, emitted by phytoplankton, oxidizes. Thus, phytoplankton not only play a significant role in marine life but also above sea level.

6. There are autotroph and heterotroph phytoplankton.

As per some studies, phytoplankton have been in existence for about 700 million years. When it comes to their diet, the phytoplankton are classified as autotrophs and heterotrophs.

7. There are many species of phytoplankton.

Although phytoplankton are a primary form of life on the Earth and have existed here for ages, they are still a mystery to humans. Scientists have uncovered many amazing facts about these microorganisms, yet there is still a lot to learn and study about these helpful plankton. In this article, we have narrowed down some of the exciting facts about phytoplankton mainly to help you understand what their unique contributions are, how they are not only helping to establish the ecological balance on the planet but also acting as a source of CO2 for industrial uses. So, carbon capture technology companies are extracting trapped CO2 using a carbon dioxide removal machine, which is present in the dead phytoplankton using safe technologies.