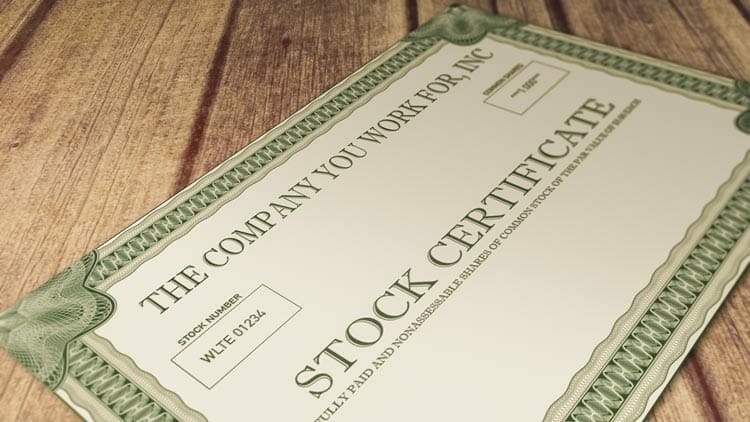 Technical solutions achieving negative CO2 emissions are numerous and are being demonstrated at small scale. Scaling up these technologies to “move the needle” on atmospheric CO2 is far more challenging. And paying for those scaled-up efforts with a “tax on carbon” could induce massive negative economic impacts. According to Professor Klaus Lachner, including legacy emissions, the total CO2 to be removed by 2100 is estimated at 3,200 gigatons. Even at a tax of just $100 per ton, this is incredibly expensive – $320 trillion! Clearly, this level of tax will devastate the global economy – much higher prices, reduced demand, fewer jobs, stunted growth, and more poverty. A different, non-tax-based, carbon dioxide removal (CDR) funding mechanism must be found, enabling massive sequestration without cratering the global economy. Here we introduce and discuss our proposal Stock For Carbon1.

Imposing a tax on carbon remains a favorite method of policymakers and many economists, to reduce CO2 emissions from fossil fuels and limit warming to no more than 2 degrees C. – the 2015 Paris Climate Accord goal. Even if implemented globally and soon, such a tax would not address legacy CO2 emissions, which already have increased atmospheric levels measured in parts-per-million (ppm) to 420 ppm from pre-industrial levels around 275 ppm.

Including both legacy CO2 emissions and future emissions assuming gradual phase-out of fossil fuels, Professor Klaus Lachner from Arizona State University has estimated the global annual CO2 removal necessary to restore a stable climate at 40 gigatons per year for the next 80 years, a total of 3,200 total gigatons (one gigaton is one billion tons). Even at the yet-to-be-imposed rate of $100 per ton removed, this amount of $320 trillion likely is far greater than government-imposed carbon taxes or other similar fees. A new funding approach is needed.

Stock for Carbon is better than a government-imposed tax on carbon for several reasons:

We then calculated the total investment needed to achieve those ambitions, based on the projected economics of our ocean wave-powered Autonomous Upwelling Pump (AUP) technology (further described in our paper in the technical section of this publication). The AUP works by upwelling nutrients from 500m depth to the sunlit upper ocean, triggering natural blooms of phytoplankton which absorb CO2 and send it to the deep sea for centuries. Other benefits accrue – as phytoplankton are the base of the ocean food chain, this directly supports fish, seabirds and marine mammals; phytoplankton provide half the oxygen we breath; and the upwelling of deep water helps cool the upper ocean – all these benefits acting to restore the ocean ecosystem.

We find that in all cases, the tax is more expensive:

The second question is: assuming the AUP technology is adopted, which companies can afford to pay cash, or more likely pay in stock to preserve their working capital? To answer this, we first calculated the percentage of cash on hand (in most cases year-end 2020) consumed by the total AUP investment. We then calculated shareholder dilution under the Stock for Carbon funding alternative by dividing the total investment by market capitalization. This value is analogous to shareholder breakeven – if the market cap increases by this percentage, shareholders get their money back.

Table 2 below ranks these companies according to ratio of the investment needed to achieve net-zero CO2 emissions, their 12/31/2020 cash on hand. The higher ratios suggest the company is less likely to pay in cash, with greater need to preserve its cash for working capital. Column headings are described in more detail below:

In this analysis we compare the investment in AUP’s needed to achieve net-zero CO2 emissions in 2030, 2040, or 2050 for ten public-listed corporations across different economic sectors.

For each company, selecting net-zero by 2030 has the most significant long-term benefits in terms of additional CO2 removed as the AUP’s continue to operate at least to 2050 – in the case of BASF, over 4.4 billion additional tons removed. In effect, selecting 2030 as the net-zero year results in removing CO2 emitted many years before 2021. Similarly, this more aggressive approach helps restore much larger swaths of open ocean – in the case of BASF, 429,000 square kilometers (an area about equal to California).

Whether the company could pay in cash or take advantage of Stock for Carbon is impacted by the economic sector – with American Electric Power (AEP) most likely to utilize Stock for Carbon since its cash on hand is relatively low compared to the investment needed to achieve net-zero CO2. Tech companies with more significant cash balances relative to CO2 emissions, like Google and Microsoft, are more likely to pay in cash to become net-zero CO2.

It is possible and affordable for most companies to remove their future and historical CO2 emissions. Adopting our AUP technology is far less expensive than even a low tax rate of $100 per ton CO2. The AUP cost ranges from $11 to $42 per ton removed, depending on the ambition (year to achieve net-zero). If any company’s operating cash balances are constrained, it can opt to pay in stock which has a zero-cash impact on the corporation.