How Are Phytoplankton Born? 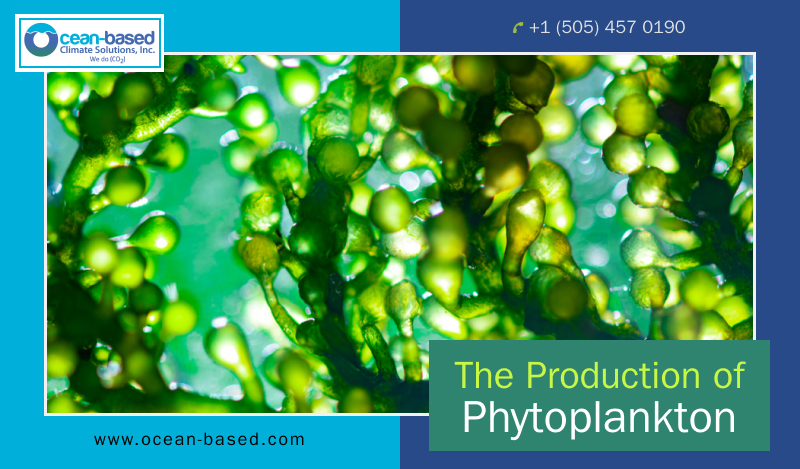 Have you ever thought about what invisible organisms may be living in a clear glass of water? If you have not done so, try scooping up a glass of ocean water and placing a drop of it under the microscope, and you will find innumerable tiny plants and animals in a single drop. These millions of plants and animals are always floating in the water and are microscopic. Thus, they cannot be seen with the naked human eye. The tiny creatures are called plankton, the tiny animals are called zooplankton, and the plants are known as phytoplankton (Greek ‘phyton’ meaning ‘plant’ and ‘planktos’ meaning ‘drifter’). This blog will get you more familiar with how phytoplankton are born or produced to cut a clear picture for you to understand further how they absorb carbon dioxide from the water.

Phytoplankton are incredibly tiny, mostly one-celled, plants that make their own food and release oxygen as a byproduct of photosynthesis. This process converts sunlight and carbon dioxide into sugars that help produce energy in these creatures. Every marine animal or plant depends on phytoplankton either directly or indirectly for food and oxygen. Phytoplankton produces an estimated amount of  80% of the oxygen on Earth.

Factors affecting the growth of phytoplankton

As discussed earlier, phytoplankton are microscopic creatures whose growth depends on the following factors:

When all of the above factors combine, phytoplankton growth increases in leaps and bounds. Thus, resulting in a more diverse phytoplankton kingdom in the oceans. Some phytoplankton can fix nitrogen and grow in those areas where nitrate concentrations are low. If these factors are available, then phytoplankton can grow explosively within a few days or weeks, and this phenomenon is known as ‘bloom.’ Blooms can cover hundreds of square kilometers of the ocean and can even be captured by a satellite since they become quite visible.

Phytoplankton are the silent contributors to a balanced ecological system. When alive, they stick to the surface of the water bodies, and when they die, they sink to the bottom, taking down expansive amounts of carbon dioxide with them. The carbon dioxide removal technology is used to accelerate the growth of phytoplankton and use the ocean’s ability to store the carbon in the deep sea, where most of Earth’s CO2 is held.  As phytoplankton form a crucial component of the ocean ecosystem, they are essential for humans and animals and can be leveraged for removing carbon dioxide from the atmosphere in a natural way that makes oceans healthy.

To conclude, you can say that phytoplankton are indeed instrumental in establishing a balanced ecological system along the coastline and other parts of the Earth. Since phytoplankton are the fastest natural solution for consuming carbon dioxide, many companies and research departments are digging further into how the ocean can store carbon dioxide in the deep sea by using the carbon removal projects for slowing or ending climate change. Technology-based companies conduct regular research on how to leverage the oceans to store carbon dioxide to help slow, end, and even reverse the hazardous effects of global warming.